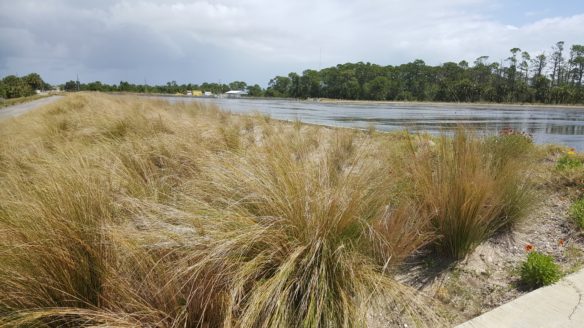 Falls Lake is a primary source of drinking water for Durham, Raleigh and surrounding cities. The goal of the study was to determine the feasibility of applying the Algal Turf Scrubber® (ATS™) technology for removing nutrients from two Durham County, North Carolina creeks in support of Falls Lake nutrient reduction goals.

A primary objective was to find sites where an ATS™ system could be located that optimized cost-effectiveness and nutrient load reduction. Project study areas were along Ellerbe and Little Lick Creeks and adjacent shoreline of Falls Lake in Durham. The City of Durham commissioned the feasibility study after determining that ATS™ had potential to be an effective tool in the effort to help it meet the Falls Lake Rules.

The Algal Turf Scrubber® Feasibility Study identified sites in the study area suitable for pilot scale and large-scale implementation.  The site suitability analysis, scoring and ranking of the candidate sites provided six (6) candidates that were recommended for ATS™ pilot implementation.