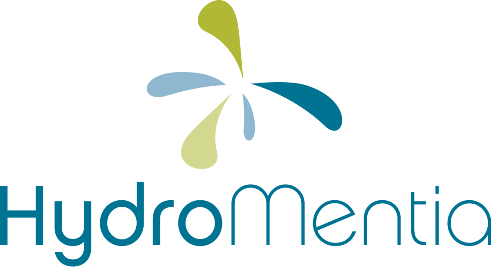 Sluiceways clean the polluted water in experiment at Fells Point

By Timothy B. Wheeler, The Baltimore Sun

In their quest to cure Baltimore’s ailing harbor, advocates and authorities have tried one gadget after another: floating wetlands, a solar-powered aerator, even a trash wheel

Add now the “algal turf scrubber,” a long wooden sluiceway through which harbor water is pumped over a bed of slimy green algae. The gutter, 350 feet long by a toot wide, uses native algae to strip nutrients, suspended sediment and carbon from water and inject oxygen into it before returning it to the harbor.

The algae reed on the nutrients in the water pumped down the sluiceway, just as they do in the open waters of the harbor and the Chesapeake Bay.

‘We call it ‘ecological engineering,”‘ said Patrick Kangas, director of University of Maryland’s Algal Ecotechnology Center. ‘What you see here is basically a controlled algae bloom”

The university’s scientists have ted scrubber on a fenced-off gravel lot in Fells Point where a chromium ore processing plant once operated.

Kangas and colleagues have been experimenting with algae scrubbers fur several years, testing them in the Susquehanna River, on the Eastern Shore and in Virginia.

The scrubber at Harbor Point is the same used two years ago at Peach Bottom nuclear power plant on the Susquehanna, where it was estimated it removed 640 pounds of nitrogen and 90 pounds of phosphorus from the water. The device processed heated water discharged from the Pennsylvania power plant, inspiring Kangas to suggest that larger algae scrubbers might effectively augment or even replace the cooling towers nuclear plants now use to treat the water with which they cool their reactors.

Harbor water has been sloshing down the scrubber’s wooden trough since December, drawn from the dead-end canal by the Living Classroom; Foundation’s campus on Caroline Street.

‘We’ve never done it in a spot like this before,” said Kangas, who welcomed the chance to try it there because he hoped it might be able to affect water quality. ”Our intention was to to use this site to show we can overturn a ‘dead zone.”‘

Dead zones are areas where algae blooms rob the water of oxygen fish need to breathe.

”It’s been a long time coming,” said Peter May of Biohabitats, who said his firm also is using an a]gal scrubber to remove nutrients from wastewater in New York.

Besides cleaning the water, he noted, there’s the added value of the algae raised, which can be converted to organic fertilizer or even have its natural oils processed into fuel May displayed a small vial of clear ”bio-butanol” refined from the New York algae.

Now, though, it’s not clear how long the harbor scrubber can remain where it is. Construction soon will begin at Harbor Point on the new offices fur Exelon, the energy company that acquired Constellation Energy.

Kangas said he’s tired of testing and wants to scale up this ”pilot” project to something large enough to have real impact on water quality.

Others are ready to try a larger-scale experiment, too. Scott Raymond of Living Classrooms suggested there might be room to install an acre-sized scrubbing facility along the shoreline at Masonville. Students of the foundation’s Crossroads Academy charter middle school have built their own working scale model of the scrubber from aluminum rain gutter.

”There’s enough pollution that’s going to get into the Inner Harbor,” Raymond said. ”It’s critical to have the technology to fight it.”

Kangas and like-minded scientists think large-scale scrubbers – covering thousands of acres of land or water – could at least theoretically cure the Chesapeake Bay’s nutrient pollution. But Kangas acknowledged that the ambitious engineering fix :faces a major hurdle in the inability to find available waterfront on which to site such facilities.

Biohabitats’ May has more modest ambitions, for now.

‘We never want to say this is going to solve all of the problems,” he said. ”It’s one of the tools.”